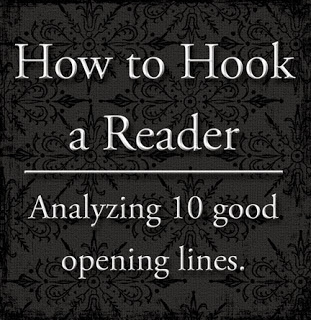 I should note that this article will be primarily concerning YA fiction, as that is what I know most about. You may notice that some of these openings use elements that I cautioned against in an earlier article. Told 'ya there were bountiful exceptions to writing "rules."

Posted by Sylvia Hubbard at 10:10 PM No comments: 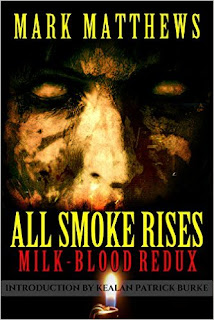 Ten year old Lilly is the victim of a terrible house fire and a wretched family. Her father is an

addict with mental illness, her mother was murdered and then buried across the street, and her

uncle got her addicted to heroin.

Lilly's tragic story has been told in the book ALL SMOKE RISES, and it may be true, for the author

has broken into your house, and placed Lilly's body on your kitchen counter. He demands you

read the manuscript, before cutting his own wrists and bleeding out on your floor.

Now you have decisions to make, for her body may not be dead, and her family is coming for 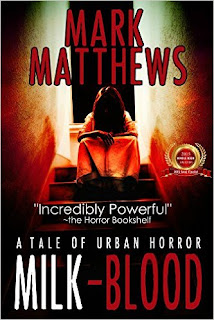 MILK-BLOOD, set in Detroit, has been optioned for a full length feature film.

Lilly is ten years old, living in poverty, born with a heart defect, and already addicted to heroin.

Her mother is gone from her life, and there are rumors that she was killed by her father and

buried near the abandoned house across the street. The house intrigues her, she can't stay

away, and the monstrous homeless man who lives there has been trying to get Lilly to come

For her mother is there, buried in the back, and this homeless man is Lilly's true father, and both

want their daughter back. 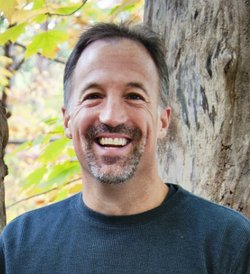 ALL SMOKE RISES and MILK-BLOOD capture the horror of modern day issues that families are facing.

Urban decay, isolation, poverty, and heroin addiction. These are real people facing real horrors, Parents doing the best they can with what they have, losing children to tragedy, and children trying to survive on a street with very real dangers that no child should face.

The stories center around a ten year old girl named Lilly, born with a heart defect, and her tragic family dynamics.

The inspiration for writing these books came from my own work as a substance abuse therapist. For
nearly 20 years, I've worked with hundreds of addicts from the Detroit area, many of them indigent.

Before this time, I spent years in my own addiction. I woke up each day and my daily efforts were how to get high and get by. By the grace of God, I now have 23 years clean and sober, but I have come to understand the immense power addiction has over the human soul.

So I wrote these books, and they are full of suspense, horror, and supernatural elements, but everything that happens in them is true.  All of it. True.

That doesn't mean that there's an actual ten year old girl named Lilly whose mother was murdered,
dismembered, burned, and buried in a shallow grave across the street, yet still speaks to her from this
grave.

Whose uncle got her addicted to heroin.

Who discovers her true father is the schizophrenic, homeless, heroin addict living on her street, the one who injected his dad's ashes into his veins when he was craving his next fix.

The urban decay, the poverty where children get their best meals from school breakfasts. This clearly
exists, as well as people who go about their life doing everything they can to get high on heroin. This is not fiction. It's happening, right now. These books only shine the supernatural light on the subject, for what's the best way to tell the truth? It's by making up a story.

Please check out my latest release on amazon,

Twitter:
http://twitter.com/Matthews_Mark
Posted by Sylvia Hubbard at 1:15 PM No comments:

Here is your chance to get a bestselling book by Michigan Author, Beverly Jenkins.

Click here to enter the giveaway
https://giveaway.amazon.com/p/f93d0095b4b772be
Want to know more about the author, checkout her website at: http://beverlyjenkins.net
Connect with her on Twitter at: http://twitter.com/@bjevechip2
More about Forbidden (Review)

Click here to enter the giveaway
https://giveaway.amazon.com/p/f93d0095b4b772be
Purchase your own copy right now
Please take a moment and used the share buttons to let everyone else know of the giveaway! Thanks!
Posted by Sylvia Hubbard at 2:18 PM No comments:

Like this infographic? Get content marketing training from Copyblogger Media that will give you an unfair business advantage.

Click here to download a PDF of the infographic, which is suitable for printing and hanging near your workspace when you need to see it most
Posted by Sylvia Hubbard at 9:43 PM No comments: