February 11, 2010
Espionage novelist Robert Ludlum once wrote a comic caper novel. It got published, but didn't do very well.
David Morrell's first novel was First Blood, the book that introduced John Rambo (in 1972). He followed it up with a series of books that were westerns, horror novels, etc., until his agent told him to pick a genre. He did, thrillers, and although he's occasionally dabbled in horror, he's pretty much been a thriller writer ever since.
WEB Griffin is known for huge, sprawling epic novels about World War II, by and large, but earlier in his career he wrote all sorts of things for kids under a variety of pseudonyms.
John Grisham, best known for writing legal thrillers, seems to have wandered off the reservation to write uplifting novels about family and sports.
Mitch Albom, still a sports columnist (I think) for the Detroit Free Press, started out writing books about sports before he wrote Tuesdays With Morrie to help with his former teacher's medical bills. I don't even know how to describe Albom's books--preachy, feel-good, inspirational novels and nonfiction books?
My guitar teacher and I were talking about Jimmy Buffett the other day. Buffett's songs are, by and large, wildly simple to play. Really. He never wanders much out of basic chord progressions, his riffs aren't terribly complicated. And although his mid-70s stuff feels like elevator music, his best stuff all rings of Margaritaville, a brand he's worked rather hard to protect over the years. And it's not lack of ambition that has kept him doing that, based on his empire of restaurants, beer, parrothead products, etc.
I'm often struck by how someone, writers, singers, actors, etc., hit it big in one area and then stay there. I think we often forget that Bruce Willis's big break was as a comic actor on a TV show.
Audiences, for all entertainment, generally want their entertainment to be predictable. No one seems particularly interested in Harrison Ford in a light comedy. George Clooney's efforts toward action hero--Batman, The Peacemaker--haven't been as successful as his Ocean's movies or as well-received as his more thoughtful political films (Michael Clayton is awesome, as is Goodnight and Good Luck."
Does it happen to writers?
Yeah, I think so. I've been dabbling in other things over the last couple years--middle grade and YA novels, sci-fi, slower mysteries--but my agent, my editors, and apparently the marketplace itself wants Derek Stillwater in a race-against-the-clock thriller.
Certainly Stephen King, even with variations, has delivered a "Stephen King book" time and again. We're just plain not seeing anything Mitch Albom-like or Jodi Picoult-like books out of King, although I'm sure he's capable of writing them. Hell, if you cut the ghosts out of Bag of Bones, you probably have a Jodi Picoult novel.
I think it's interesting that success tends to breed a narrowness of career. I haven't noticed a JK Rowling follow-up to The Deathly Hallows, although she was supposedly working on a mystery. Maybe she'll surprise us. Or maybe her publishers will just dig their heels in. It's hard to say.
What do you think?
Posted by Mark Terry at 5:23 AM 1 comment: 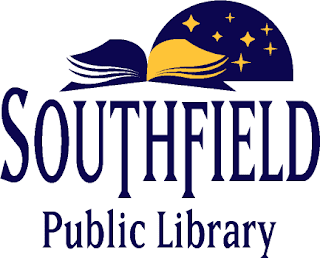 Posted by Sylvia Hubbard at 10:20 AM No comments: