Diary of a Stalker by Electa Rome Parks

Xavier Preston is tall, dark, and handsome, and the problem is that he knows it. He's a bestselling author who is accustomed to adoring female fans, both young and old, flirting with him, throwing themselves shamelessly at him, and trying to get between more than the covers of his novels. He has always been more than willing to accommodate their needs and desires; however, his womanizing days have finally ended. He's engaged to a beautiful woman, Kendall, and he's decided to walk the straight and narrow. Or has he?

From outside appearances, the very stunning Pilar has it all: a great career, a beautiful home, and a trust fund that keeps her financially secure; however, looks can be deceiving. All that glitters isn't necessarily gold. Pilar is searching for her perfect soulmate, and she thinks she has found him in Xavier. She believes in going after what she wants with a vengeance . . . and she wants Xavier. That is not negotiable. She will have him, even if it kills him.

Think you know what goes on behind the literary scene? Think again

This is an excellent read. . . one where you'd readily recommend this book to others as I have. Read it and revel in Electa Rome Parks joining that elitist circle of writers!   -- Alvin C. Romer "The Jackal" 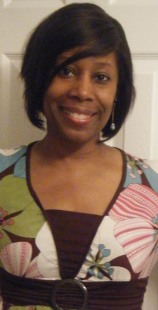 The self-proclaimed, Queen of Real, Electa has been a frequent guest on radio shows, has been nominated for many industry awards and has been interviewed by newspapers, AOL's Black Voices, Vibe Vixen, Upscale Magazine, Today's Black Woman, Rolling Out and Booking Matters, to name just a few. With a BA degree in marketing and a minor in sociology, she is following her true passion and working on her next novel.

To find out when and where Electa will be in your area, check out her website at www.electaromeparks.com or www.myspace.com/author_chick. To share your thoughts with Electa regarding her work or to schedule an event, please e-mail her at: novelideal@aol.com. 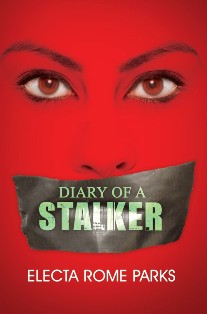 Coming in December 2009 Diary of a Stalker

Posted by Sylvia Hubbard at 11:42 PM No comments: